From deepest sea to highest peak: Plastic’s omnipresence on Earth

Plastic is almost impossible to avoid. From food packaging to the clothes we wear, it pervades our everyday life. 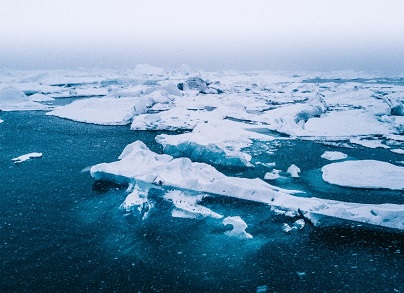 Plastic is almost impossible to avoid.

From food packaging to the clothes we wear, it pervades our everyday life. But now, not only are we using it - we are inadvertently drinking, eating, and breathing it.

Microplastics are very small plastic debris, no bigger than 5mm in length. These miniscule particles make their way into our water systems and even our atmosphere, posing health risks to humans. Microplastics have also been found in the stomachs of aquatic life, who mistake them for food. Usually, they are the result of larger pieces of plastic that have broken into smaller pieces, or small plastics such as exfoliants added to beauty products.

In December 2020, it was revealed that a group of researchers in Rome had found microplastics in the placentas of unborn babies.

“It is like having a cyborg baby: no longer composed only of human cells, but a mixture of biological and inorganic entities,” said Antonio Ragusa, who led the study.

The findings act as a sickening representation of the omnipresence of plastic in our society and of just how far things have gone.

A study conducted on 97 samples of seawater from the polar region, found microplastics present in 96 of the samples. More than 92% of these plastics were fibres, of which 72% were made from polyester. Polyester is kind of plastic used to manufacture many different kinds of textiles but primarily clothing.  The study suggested that the existence of these fibres in the Arctic region was directly linked to the washing of synthetic clothes in the UK, US, and Canada.

Mariana Trench was found to contain these tiny plastics,

as well as snow collected near the summit of Mount Everest

Humanity’s pollution has spread through the entirety of earth.  Water samples collected from the deepest crevice of the ocean at the Mariana Trench was found to contain these tiny plastics, as well as snow collected near the summit of Mount Everest. The main culprit in the snow collected was, again, polyester fibres.

While most of us realise the extent of plastic pollution in our oceans, it may not be obvious that the clothes we wear are one of the biggest contributors. Polyester is the most common material used in fast fashion, popular in high street chains and online stores, due to its cost and versatility. The fashion industry accounts for 10% of global carbon emissions – but this is set to double by 2050 as the demand for fast fashion grows. Because synthetic clothing is sold at cheap prices, it is often treated as disposable by consumers. Many of us are guilty of wearing an item once and then leaving it to sit in the wardrobe, never to be seen again.

Through the washing of these types of clothes, strands of the fabrics find their way into our water systems. Because they are so tiny, there is no way for them to be filtered out. When you consider the amount of clothing one household owns, and the amount of laundry done on a daily basis, it is no surprise that this microplastics are filling the ocean so rapidly.

The amount of plastic waste in our oceans

is on route to almost triple in the next 20 years

The amount of plastic waste in our oceans is on route to almost triple in the next 20 years unless drastic and immediate action is taken. As it currently stands, 11 million metric tons of plastic waste enters the ocean every year.

But there are solutions.  A project developed by Pew Charitable Trusts has proposed a method that, if adapted, could turn the current trajectory in the opposite direction, by reducing the amount of plastic flowing into the ocean by 80% by 2040. The project involves a total remodeling of the global plastics industry, changing it to a circular economy that reuses and recycles. You can read more about this here https://www.pewtrusts.org/en/research-and-analysis/articles/2020/07/23/breaking-the-plastic-wave-top-findings

In the meantime, we can use our power as individuals to lessen the demand for products that cause major pollution. We can do this through eliminating single use plastic as best we can in everyday life. And when it comes to fashion, shopping second hand, or being mindful of the carbon footprint of the materials used in our clothes, are ways in which you can help lessen the plastic pollution of our oceans.