New law to ban plastic on fruits and vegetables

France is leading the way...shouldn't Ireland be following? 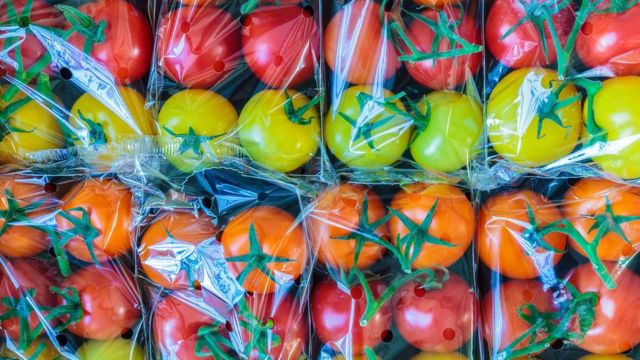 France has introduced a law banning plastic packaging for over thirty varieties of fruits and vegetables.

The French government estimates that this could reduce the number of single-use plastic on over one billion items.

The law is part of a broader plastic reduction strategy launched by Macron's government, the "Anti-waste law for a circular economy", which aimed to eliminate single-use plastic by 2040. Other laws, such as the ban on teabags containing plastic and plastic toys in children's menus, also came into force on the first of January.

Ireland is currently debating our Circular Economy Bill to provide a national policy framework. It is an opportunity for us to create an ambitious bill that will ensure a truly circular economy in Ireland. Can we take a leaf from the French circular economy bill?

Are we being ambitious enough?

Since the 2019 European Single-Use Plastic (SUP) directive, which aims to prevent the impact of certain plastic products on the environment. European countries have had to commit to reducing the use of plastics at a national level.

Ireland, along with France, is one of the European countries that have established an ambitious circular economy plan. However, when we look at the profusion of plastic still present in our supermarket, isn't it time to accelerate the change and follow in the footsteps of France?

NGOs, such as VOICE, have an important place at the negotiating table. We made our recommendations, now it's time for them to be supported by our ministers.

By supporting us you can help to make Ireland's circular economy more ambitious.