OCTOBER is the national reuse month. Between 1st and 31st of this month, various opportunities will be shared online to teach others how to extend the lifespan of goods. 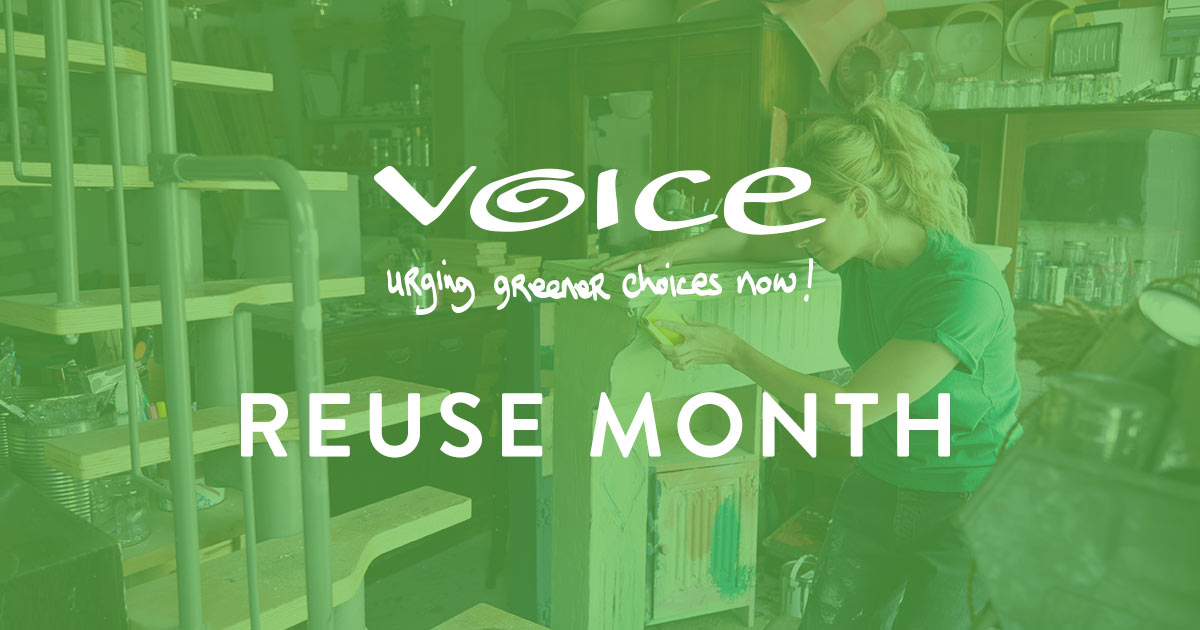 Not only is this sustainable, but this is also a chance to save money. Reusing is about valuing our stuff, by using it for as long as possible, essentially getting your money's worth.

CRNI (Community Reuse Network Ireland) is involved in coordinating the National Reuse Month October. This will show people how they already reuse in their everyday lives, and it will inspire them to reuse even more.

Claire Downey, CRNI Executive, said: "Our members repair or reuse 23,000 tonnes of everyday goods such as clothes, furniture, bicycles, computers and paint every year, creating 700 jobs, over 2,000 training positions and working with over 7,000 volunteers."

She continued: "However, this is less than one percent of the waste we generate in Ireland every year. Key challenges include the poor design of goods, making them difficult to repair or reuse, the cost of collection, sorting and repair and the lack of investment in infrastructure."

For example,  by replacing a zip on a jacket rather than buying a new one, or borrowing books from the library or a friend is a small step towards saving the planet. This works out cheaper and prevents adding to landfills.

To cut down on waste and greenhouse gas emissions, everyone should go that step further in October and prioritise repair, buying second hand and upcycled, borrowing, swapping and refilling.

Economies in the developed world have been based on a continuous growth model which relies on a steady supply of inexpensive natural resources. But, this approach is coming under increased pressure because of environmental concerns.

‘A linear economy built on the principles of ‘take, make and waste’ is not sustainable’.

A linear economy built on the principles of ‘take, make and waste’ is not sustainable. Meanwhile, a circular economy is an economic system which is aimed at eliminating waste and the continual use of resources.

This includes anything that can be renewed, reused, repaired, upgraded or refurbished. A circular economy system adds value in products for as long as possible and eliminates waste. They also keep resources within the economy.

The impact of overconsumption and a linear economy will lead us to face a climate emergency. Still, suppose we make a minor change and try to keep the goods in the economy for longer. In that case, this could help reduce carbon emissions and build resilience in our communities.

Linda Ward, Secretary of the Irish Charity Shops Association and CRNI said: "Charity shops provide good quality clothing at an affordable price. To reduce the carbon footprint of the textile industry, we all need to consume less. Charity shops selling pre-loved clothing are for everyone as everyone needs to reduce their consumption."

By reusing clothes and other goods, we are helping the environment and preventing the rise of landfills. We can also create a culture where recycling becomes the norm across all areas of life. Ultimately, this lowers the amount of waste generated and cuts down on carbon emissions.

CRNI is releasing a video every day this month to show how and where you can repair, buy second hand, borrow, swap, refill and donate unwanted goods. You can access details about the programme here: www.crni.ie/reuse-month.