The reuse solution: Supermarkets need to reduce their plastic waste 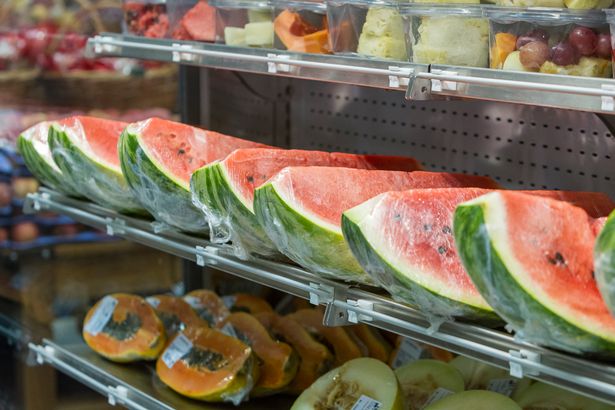 The reuse solution: Supermarkets need to reduce their plastic waste

By Eithne Dodd at buzz.ie

Irish people generate a huge amount of plastic waste every year. The EPA estimates we generate 65 kilogrammes per person per year on average.

NGOs VOICE and Friends of the Earth teamed up to create the Sick of Plastic campaign.

Angela Ruttledge, the lead on Sick of Plastic, said that most of the plastics Irish people consume are single-use.

“It’s been used once and thrown away, which is single-use,” Ruttledge said.

Even though now all plastic packaging can be put in the recycle bin (once it is clean and dry) the majority of that plastic is not reused. Instead it is burned for fuel. This releases carbon emissions (remember plastics are made from fossil fuels)which is harmful to humans and all life on the planet.

Sick of Plastic examined what the grocery sector in Ireland was doing to become more sustainable and reduce their plastic usage.

While some of Ireland’s largest supermarket chains have set voluntary commitments to reduce their use of plastic, there is no mandate for them to do so and no ability to track their progress.

Ruttledge, a restauranter, said that businesses need to have laws to follow if we want them to make the most sustainable decisions. “I know myself I don’t have time to follow lofty ideals, we need rules and people respond very well to that.”

“It’s about a circular economy”, Ruttledge said. “It’s not just about when it gets to the consumer and not having packaging around it but by thinking about the whole design of a product, eliminating packaging and trying to keep everything that is used in the loop as much as possible."

Sick of Plastic is calling on the government to implement changes that will allow people to have reusable packaging and refill systems.

Reusing is important, Ruttledge explains, because there’s no waste.

“No matter what type of packaging you pick, there’s something there,” Ruttledge explained. “You think, 'Oh plastic is terrible let’s use paper instead,’ but paper is also a drain on our natural resources.” It contaminates the recycling chain with ink and glues and it takes a lot of energy to produce.”

The most sustainable option is often to use what you already have.

Ruttledge acknowledges that while there are some reuse and refill shops in Ireland they are niche; they need to be located in supermarkets and shopping centres across the country if we want everyone to use them.

“There needs to be a big push towards making the big retailers like the big supermarket, have it in their shop so that it can become cheaper and more convenient for everybody,” she said.

Compared to our EU neighbours we are way behind in terms of switching to a grocery sector that uses less plastic. Earlier this year France banned almost all plastic packaging on fruits and vegetables.

Join the Sick of Plastic Campaign and tell supermarkets to reduce unnecessary plastic.