Local entrepreneur and activist Angela Ruttledge spells it out

'Will it take a tragedy on our shores, something like the recent flooding and deaths in Germany and Belgium to make us - the population, as opposed to the politicians -make climate change our number one priority?' 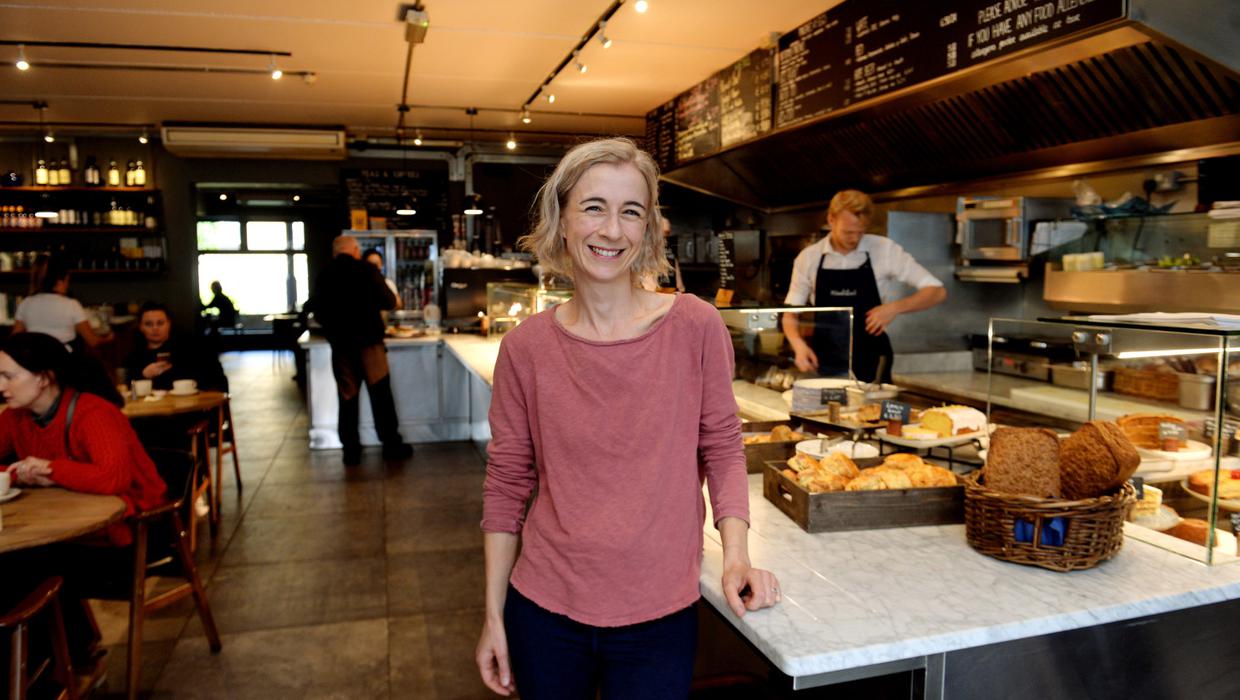 Ireland is the No. 1 plastic producer in Europe. Much of this plastic is unnecessary and a lion’s share comes from our supermarkets. Recycling is not enough. We demand that industry turn off the tap on plastic packaging and invest in refill and reuse options in store.

A friend of a friend told me once about her escape from the Twin Towers. She realised, somewhere around the 30th storey, that if she didn’t start taking the stairs two at a time she wouldn’t make it out alive. In the context of climate change, I know that ‘our house is burning’, but I’m literally sitting on the landing staring at my phone. I catch up on social while waiting for my daughter to fall asleep, melting over a puppy rescue in Maine, scrolling fast past famine in the Yemen.

In We Are the Weather, Jonathan Safran Foer addresses this difficulty with communicating climate change so that the urgency of the situation can be translated into the urgent action required.  He makes a distinction between knowing about climate change, versus actually believing and being moved to do something about it.

One minute I’m the champion of personal responsibility to make that difference, watching my shopping trolley like a hawk for plastic / palm oil / dairy. The next I’m throwing my hands up; it’s too difficult! Someone needs to do something!

Someone already has. In Ireland there are so many environmental charities working to address climate change it's like the scene from The Life of Brian. Friends of the Earth, Friends of the Irish Environment, Irish Doctors for the Environment, Irish Wildlife Trust. These groups, and environmentalists like John Gibbons and Mindy O’Brien, are canoeists alongside the Titanic, banging the side with a paddle, while we dance the night away, oblivious, whether above or below deck. Thanks to them we are finally over wondering whether climate change is a thing.  Unfortunately that was the simple part; now we have to avoid a melting iceberg.

Foer argues that the easiest action that any of us can take is to reduce or eliminate dairy, eggs and meat. It’s easy for me to accept this analysis because it supports my belief system.  And anyway, I hate to cycle.

Yet despite Foer’s extensive research into the affects of growing animals for food and although he has been a vegetarian most of his adult life, he admits that occasionally he lapses and eats meat. His confession makes me feel better. At work I go mad over packaging, but buy chocolate buttons in single use plastic to keep the kids sweet.  I sing song, ‘we don’t hurt animals’, but damningly, I am the co-owner of two eateries with meat on the menu. Oh I’ll try to sell you a vegan burrito, but take your money for a breakfast blaa all the same.

I know I’m part of a system that contributes to global warming, a system that instead of supporting growers to feed us sustainably and earn a decent living was rigged by subsidising dairy production, that continues to indenture farmers to the meat processors and supermarket chains, while we consumers spend ever decreasing proportions of our income on fresh produce.

In his best selling history of humankind, Sapiens, Yuval Harari posits that man gained an advantage over other living things by being able to work together. At its best I think we call it democratic society. From which evolved liberalism: follow the rules and thereafter – each to their own. COVID tested our ability to act cooperatively. Now climate change will test much further the limits of our cooperation nationally and globally, perhaps beyond breaking point. Why should I stop eating meat / flying / driving/ using plastic (circle whatever makes you feel guiltiest) if no one else does? If people have to make a living? If I’m too tired, or life’s too short, and I just want to feel a bit of heat on my bones?

Foer writes, ‘if we accept a factual reality (that we are destroying the planet), but we are unable to believe it, we are no better than those who deny the existence of human-caused climate change… when the future distinguishes between these two kinds of denial, which will appear to be a grave error and which an unforgivable crime?’

'Ouch. Tell me that doesn’t hit a nerve'

For the State’s part, we have a Climate Council, Circular Economy Bill, and a Climate Change Bill that is due to be signed by the President. Some of the environmental NGOS welcomed it; some thought it could go further. It appears to me that the rest of us didn’t much engage.

Taken together the efforts some people make to reduce their carbon footprint amount to more than a hill of beans. They are an essential part of our rehabilitation. What we really need now though is our famous sense of righteous outrage. The abolition of water charges shows that what the Irish public really wants – questionable wisdom of eliminating a pay for use system in an era of global warming notwithstanding – the Irish public gets.

Will it take a tragedy on our shores, something like the recent flooding and deaths in Germany and Belgium to make us - the population, as opposed to the politicians - make climate change our number one priority, and work together accordingly?  Or can we make the parish-pump work harder to prevent climate change on a national and global scale? We need to move from knowing about climate change to believing in it, and then we all need to take the stairs two at a time.