In 2019 Ireland set up a committee to deal with period poverty, a year on on and nothing has been achieved. 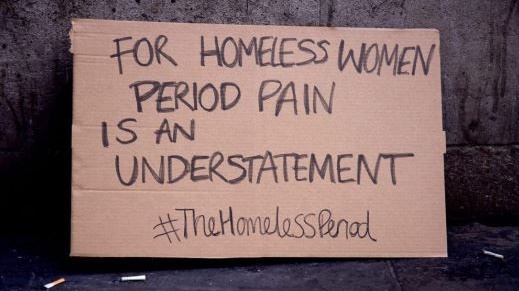 Period poverty is a problem in Ireland and worldwide. It's where females struggle to afford sanitary products.

'Period poverty is a global challenge, but I believe Ireland can be a leader', Simon Harris.

Simon Harris, now Minister for Higher Education said last year: “Period poverty is a global challenge, but I believe Ireland can be a leader.”

“Menstruation is not a choice. Women are facing significant costs for looking after their health, and I am pleased we are taking steps, with my colleagues in Government, to address this area.”

According to a 2018 study, 50 percent of females aged between 12 and 19 admitted that they struggled to afford period products in the past.

Although pads and tampons are not subject to VAT in Ireland, products such as menstrual cups still are.

“It does not require a committee to provide free period products in public buildings nationally. It requires a political will do it. It is not complicated in that sense.”

This is one issue the committee said they were dedicated to tackling. The motion also calls for Ireland to work with other EU states to have VAT on pads and tampons removed.

However, since the committee formed, there has been little action on period poverty in Ireland.

Founder of Dublin based group The Homeless Period, Claire Hunt, says that she doesn't believe a committee is necessary to tackle Ireland's period poverty.

She said: “It does not require a committee to provide free period products in public buildings nationally. It requires a political will do it. It is not complicated in that sense.”

“The general public is fundamentally good, and there is an awareness that this is an issue for girls and women that needs to be addressed.”

The Homeless Period has been collecting donations of menstrual products since 2016. They distribute them to a variety of women's services in Dublin.

Many women still struggle to pay for period products, not only that, some women are embarrassed to buy products too.

Hunt says normalising periods - and direct political action - is the first step to tackling the issue.

She said: “We expect to have toilet paper when we visit a toilet. Why should period products be treated any differently?”

“I would ask any person who criticises, have they ever experienced a situation where you have to make a choice between putting food on the table, or purchasing tampons, pads and painkillers? Have you ever stayed at home from school because you cannot afford to purchase products and do not want blood seeping through your clothes?”

And he has called on the Irish Government to do the same and make period products freely accessible to all Irish women.

“Period products are necessities, not luxury items, however, for many women, girls and families who are struggling financially, the high cost of these products can be a financial burden.”

Mac Manus said: “Scotland is the first country in the world to offer free universal access to period products, and should be commended for doing so.”

The MEP said, “Nobody should suffer the indignity of using unsuitable materials to mask their periods or have to choose between putting food on the table and buying period products for themselves or their children.”

“Period products are necessities, not luxury items, however, for many women, girls and families who are struggling financially, the high cost of these products can be a financial burden.”

“In a State as well off as ours, it is unacceptable that anyone should struggle to buy period products. Such a situation is demeaning, dehumanising, and a completely unacceptable reality, and yet it is a situation which thousands of women & girls in Ireland face every single day.”

He said action is overdue: “I am calling on the Government to follow Scotland's lead in providing free universal access to period products in all public buildings.”

“Such access to period care should be a basic human right and would alleviate the financial stress placed on Irish women due to period poverty.”

Mac Manus concluded: “The Government must also provide more education and information to everyone, particularly through proper, comprehensive sex education in schools in order to normalise the conversation, remove the stigma and make people aware of what menstruation is.”

You can find out more about The Homeless Period here.