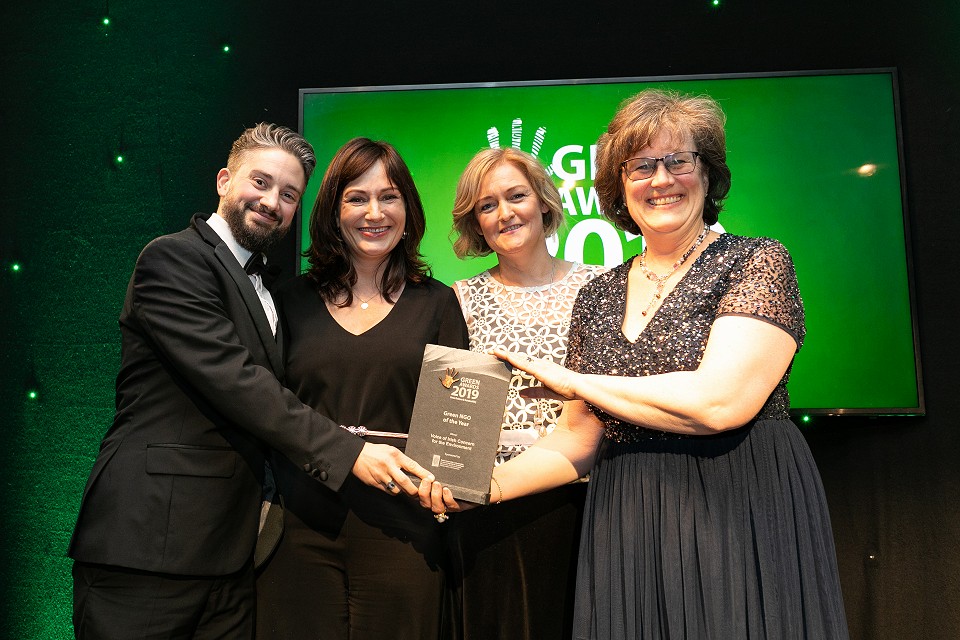 At the annual All Ireland Community & Council Awards 2019, VOICEproject ‘Towards Zero Waste Cashel’ walked away with a silveraward in the Best Waste Management category. There were over 150entrants to the awards with 100 projects represented on the night.Project Coordintor Mindy O’Brien and Project Manager DerryO’Donnell were on hand in Dublin to receive the award.

“We’re delighted that the project recognised on a national scale.This brings attention to Zero Waste and we hope other communities cantake inspiration from some of what we’ve achieved” ProjectManager Derry O’Donnel

Theawards sponsored by IPB insurance and Local Authority Membersassociation celebrate community and councils working together. ZeroWaste Cashe Irelands first Zero waste Town, brought together local community groups such as Tidy Towns, the LionsClub, the Scouts and local schools, businesses and Tipperary CountyCouncil in a project that led on waste reduction.

“We had huge buy-in from the local groups,businesses and individuals who wanted to start their zero wastejourney. We hope the lessons we learned and the experience we hadwill translate to develop other zero waste initiatives across thecountry,” stated Coordinator, Mindy O’Brien.

The project was started in 2017, thanks to a Green Enterprise grantfrom the Environmental Protection Agency. With additional fundingfrom the Southern Region Waste Office, and Tipperary county councilthe programme ran until July 2018. Zero Waste Cashel aimed to reducewaste in Cashel by 25%.  Over the year of the project Zero WasteCashel installed Ireland's first on street recycling bins, hosted thezero waste festival, and ran many workshops on waste and reuse. Theinitiative also set up an online map of the initiatives in Cashelfeaturing shops using paper bags over plastic, offering refillableoptions, and businesses offering repairs or upcycling.

The award recognises the hard work put in by the Project Manager DerryO’Donnell in working with Communities, businesses and the localcounty council to encourage more sustainable behaviours, embedcircular economy thinking in the town, and lead the way onsustainable communities across Ireland. VOICE is building on theexperiences of the Zero Waste Cashel to roll out its new ConsciousCommunities Campaign in 2019 which aims to bring the lessons learnedat Cashel across the country.