The Body Shop was an inspiration. Our very own Sorcha Kavanagh recalls its activist heritage. 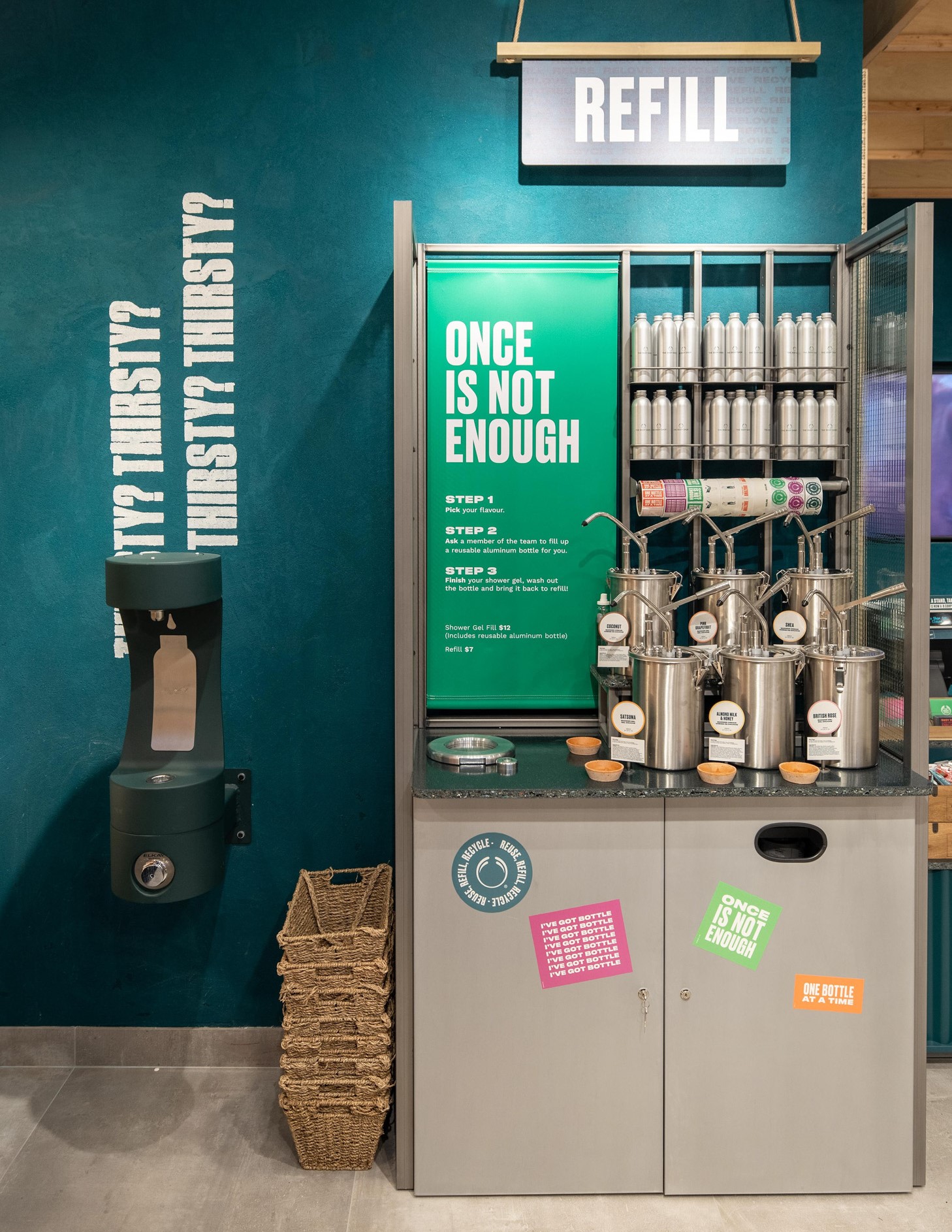 This year, World Refill Day on the 16th June was an inspirational global celebration of Reuse and Refill where we really witnessed the power of SDG17…Collaboration for the Goals!

Individuals, community groups and industry all around the world declared their need for our environment to be protected by limiting the green-house gas emissions created through the manufacture of single use packaging.

I ended up reminiscing about where we have come from in terms of Reuse and I couldn’t help but think of Dame Anita Roddick who started the first Body Shop store in Brighton 45 years ago and how lucky I was to have worked in the Grafton Street Store in Dublin in the late eighties, early nineties.

In those days, The Body Shop was built on messaging around social justice and the environment (attached a late 80’s pick for a bit of nostalgia), my days were spent refilling containers for customers who brought their own packaging. I loved the products but the number 39 bus journey home from work was quite nauseating when you combined the white musk, dewberry, the diesel and the condensation on the windows. Thankfully smoking on the bus had been banned the year or two before.

The Body Shop was an inspiration and for many of us of that vintage we recall its activist heritage, we were fighting for the protection of the Amazon rainforest and their indigenous people. On our own doorstep Dublin was experiencing horrendous smog exceeding acceptable EU levels and the Doctors had advised us to stay indoors, you could smell it on your clothes. Speaking of clothes, Temple Bar was full of secondhand drapery shops and the long knits were always a great find.

Sunday’s were spent watching Attenborough who was visiting the famous fossil sites around the world. Mary Robinson had become first female president in Ireland and it was an absolute thrill that she visited our school for our version of Fairtrade fortnight. There was truly quite a lot happening in those few years of secondary school apart from exams!

Unfortunately, The Body Shop business model had stopped accepting Reusables during the 90’s and as we headed into the Celtic Tiger era the desire for materials, mass consumption and branding had taken hold. We became more and more concerned with how we looked than how we felt, the “World Wide Web” was propelling us forward into a disconnect with nature.

But just as we evolved into that material world this World Refill Day showed that we are now starting to see a “Rebirth” where the simple things in life like cycling, spending time with each other, learning how to grow our own food and valuing our surroundings are more important than “materials”.

We have witnessed a massive growth in the desire for sustainable products and this year, 78% of consumers in a UK survey by EON Energy said they were more likely to recommend a business if they knew it made a sustained effort to be environmentally-friendly.

Well, it’s no wonder now that we see The Body Shop have announced that 400 refill stations will be installed by the end of the year. Yes 400 and so many more businesses are making commitments to reduce their packaging and introduce refill systems AGAIN.

Sometimes we have to go back before we can go forward, our planet is calling us to step up, scale up and accelerate and like never before the social media around Reuse and Refill on 16th June 2021 has shown us that the demand and the will are there and together

We will Choose Reuse and avoid a disposable planet!